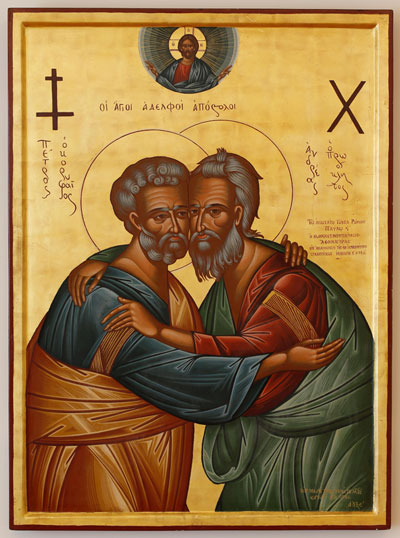 Saints Peter and Andrew were fishermen from Galilee and their direct spiritual descendants today, in a long line of apostolic succession over two thousand years, are Pope Francis (Bishop of Rome) and Ecumenical Patriarch Bartholomew (Bishop of Constantinople).

It is, therefore, an event of immense spiritual and theological importance that the two contemporary successors of these early apostles and current leaders of these ancient churches will meet on May 25, 2014, in the Holy Land, the site of the historical roots and very foundation of Christianity.